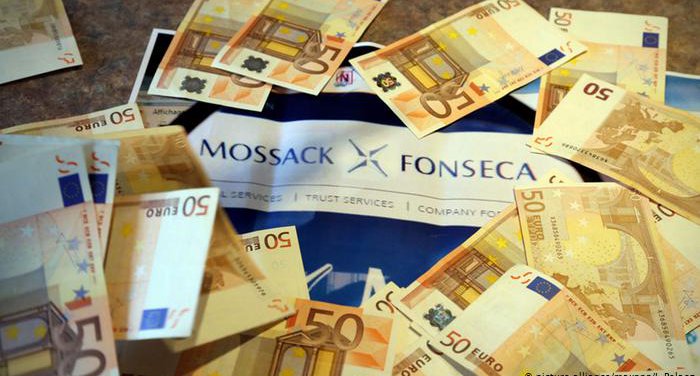 There have been several intelligence leaks and scandals about big companies and federal governments throughout North American and European history. Watergate, WikiLeaks, the Luxembourg Tax Files, HSBC Files, and the Pentagon Papers are a few that come to mind.

Of all these pivotal historical events, none adds up quite so much to that of the Panama Papers. But what were the Panama Papers? Who was involved? And what does Mossack Fonseca have to do with the situation? Read on for a crash course on the Panama Papers and the impact it has had since its leak to the public.

What Are the Panama Papers?

The Panama Papers refer to the leak of 11.5 million files from the world's fourth-largest offshore law firm, Mossack Fonseca.

The released files were aptly dubbed "The Panama Papers" because the anonymous leak came from somewhere in Panama. While most of the documents leaked didn't show signs of criminal activity, many shell corporations mentioned had been a front for fraud, tax evasion, and avoiding sanctions.

Interestingly enough, two years before the big leak, a whistleblower already sold some data from the Panama Papers, also known as Mossack Fonseca Papers, to German authorities. This data was much older than 1970 (earliest year for which the leak contained documents) and contained far less information than the Panama Papers did. However, it still led to some arrests in Germany and has benefitted investigations in the United States, Canada, United Kingdom, Iceland, and other European countries.

What Exactly Was in the Leak?

Most of the files in the Panama Papers were leaked emails between Mossack Fonseca and their customers, as well as other data formats including images, text documents, multiple PDFs, and other file forms.

What is the Significance of The Panama Papers?

For decades, the global elite have used tax havens such as foreign countries that allow people from different countries to claim little to no tax liabilities in a politically and economically stable environment. The act of doing this isn’t illegal if done correctly. However, in some instances it could still be illegal in some countries - everything depends on how the specific structure was set up, on the country's tax regulations, and its tax treaty (if any) with Panama or the tax jurisdiction in question. It is also worth noting a significant portion of accounts and entities whose information was leaked through the Panama Papers data dump were set up and operated within the confines of the law.

Where are these Tax Heavens?

There are several tax havens across the globe. Offshore countries that have little to no tax liabilities for foreign businesses are typically the most popular locations. Investors and companies can also lower their taxes by taking advantage of opportunities offered by these jurisdictions. Offshore tax havens like to take advantage of doing so because increasing the tax base and economic activity in their country is part of a strategy to help the local communities and government.

Here are some of the most popular tax havens across the globe:

The History of the Panama Papers

The beginning of the timeline for the release of the Panama Papers starts with an anonymous tip to Süddeutsche Zeitung, a German newspaper. The newspaper then shared details with the International Consortium of Investigative Journalists (ICIJ). From there, the files were shared with several major international partners, including the BBC and the Guardian.

The files were released in 2016 and exposed a network of over 200,000 tax havens tied to people and companies from 200 different nations. So naturally, the news of this leak spread like wildfire, and it didn't take long for the general population to be made aware.

The Panama Papers contained 2.76 terabytes and 28,000 pages of confidential financial records, which made this the most significant leak in world history. The information in these documents were dated from as far back as 1970 and were as current as 2016.

The release of these documents directly affected several world leaders that were outed in the papers.

Even after years of this information being out to the public, it has had a continuous effect on countries around the world:

Also, it's worth noting that the fallout from the Panama Papers scandal caused Mossack Fonseca to close its doors in 2018. On the surface, most would like to believe that since the world was made aware of the wrongdoing of the global elite, things like this wouldn't happen again. However, experts say that this isn't going to stop unless a real tangible change is put into place.

The most popular example among experts is that being a fully functioning and tamper-proof financial registry doesn't place more importance on anonymity than it does transparency. This would make it much easier to know who is behind what company and how they're using their money.

Who is Mentioned in the Panama Papers?

More than 360,000 people and businesses from 200 different nations across the globe were mentioned through the Panama Papers scandal. Many of these people used Mossack Fonseca as a tax haven. In addition, at least 2400 United States citizens, as well as 900 Canadians and Canadian companies, were accused of fraud and/or other financially evasive crimes.

While it was found that most of the documents in the Papers didn't showcase illegal activity, there were many politicians, entertainers, and athletes who were mentioned multiple times in the files.

The first instance in which Donald Trump's name can be found in the Panama Papers is from a condo sale in New York. In total, Donald Trump's name appears 3,450 times in the Panama Papers. While it isn't necessarily Trump who owns all the properties listed where his name is mentioned in the papers, he still profits off of them by selling the use of his name to others.

During President Barack Obama's second term, Penny Pritzker, the billionaire heir to the Hyatt hotel fortune, served as U.S. Commerce Secretary. Pritzker, a longtime friend, and supporter of Obama, has been a major donor to Democratic candidates and causes. To meet federal ethics requirements, Pritzker agreed to sell her stake in more than 200 companies within 90 days of taking office.

Deng Jiagui, President Xi's brother-in-law, used Mossack Fonseca to purchase three offshore firms between 2004 and 2009. They've either disintegrated or gone dormant since then.

As the files were released, they were found to follow a $2 billion trail all the way up to the one and only, Vladimir Putin. The Russian government quickly doubled down and accused the media of using these Papers as a smear campaign during the Russian election.

Jackie Chan is among several big-time celebrities named in the Panama Papers. It was revealed that Chan had at least six companies he managed through Mossack Fonseca; however, he was never found to have used his offshore accounts for illegal purposes. These types of offshore accounts aren't illegal, but they can be used as tax havens.

The Harry Potter Franchise star, Emma Watson, was also mentioned in the Panama Papers. This sparked a little bit of controversy among fans as the scandal quickly gained a bad reputation. However, Watson quickly reassured fans and let them know that having offshore accounts isn't necessarily illegal. Watson wasn't found to have broken any laws with her offshore accounts.

Lionel Messi, arguably the world's best soccer player, is among the stars mentioned in the Papers too. Oddly enough, Messi was already in the middle of a separate tax fraud case in Spain. The ICIJ found that Messi, along with his father, both owned a Panamanian company.

Canadians Named in the Panama Papers

Canada is among the nations affected by the release of the Panama Papers. It was found that nearly 900 Canadian citizens were mentioned in these documents along with the corporate entities they represent.

As of 2019, 894 Canadians mentioned in the Panama Papers have been identified, and of that number, 525 of them have been put under review by the Canada Revenue Agency. Out of 116 audits, the agency revealed that it assessed $15 million in federal taxes and penalties to date, with many more still ongoing.

Here are a few of the almost 900 Canadian people and entities found:

Companies Mentioned in the Papers

Along with the countless individuals named in these documents, there were several legitimate companies mentioned as well. Of these companies, one of the most well-known entities touched by the file leak was FIFA, the international football/soccer governing body.

Alongside FIFA, the names of over 500 banks and their subsidiaries/branches registered roughly 15,600 shell companies within Mossack Fonseca.

Has Anyone Gone to Jail Because of the Leak?

In 2020, Richard Gaffey, a U.S. accountant, was arrested and charged on eight different accounts related to the Panama Papers. Gaffey was sentenced to at least three years in prison for his crimes. Among the various charges brought against him were conspiracy to commit tax evasion and defraud the United States.

Prosecutors said that between 2000-2018, Gaffey worked with lawyers at Mossack Fonseca to evade paying U.S. income taxes. Prosecutors also said that Gaffey forged documents to the IRS for his clients too. One of Gaffey's former clients was also sentenced to four years in prison around the same time Gaffey was sentenced.

In 2018, Nawaz Sharif, the former Prime Minister of Pakistan, was sentenced to ten years in prison and had to pay $10.6 million on corruption charges. These charges stemmed from the discovery that Sharif's children were linked to offshore companies that owned some luxury apartments in the U.K.

Arrests in Ecuador also took place in 2018 after leaked documents exposed high-level officials being connected to the Petroecuador bribery scheme. By the end of 2019, governments around the world had been able to recover $1.2 billion in assets. This was done through seizures, fines, and audits.

If your name has shown up on the Panama Papers or any other data leak, you should contact us to discuss and design a plan to address the issue before it's too late. The earlier you reach out, the better damage-control may be done through planning and strategizing.

The Panama Papers were released on April 13, 2016 from an unknown location in Panama.

2. Who leaked the Panama Papers?

Nobody knows who actually leaked the Panama Papers. Mossack Fonseca claims the files were leaked due to a hack coming from another country. Whoever got the information from the law firm's servers then sent it to Süddeutsche Zeitung, a German newspaper.

3. What exactly is Mossack Fonseca?

Mossack Fonseca was the fourth-largest offshore law firm in the world. They closed in 2018 following the release of the Panama Papers. The law firm specialized in managing offshore accounts for celebrities, athletes, and government officials.

4. How much data has been leaked?

2.76 terabytes of information were leaked from the Mossack Fonseca financial files. This is equivalent to 11.5 million files. Roughly 300,000 people had their information leaked due to this scandal.

Unfortunately, the actual Panama Papers aren't fully available for the public to see. However, The International Consortium of Investigative Journalists (ICIJ) has its own database you can use to look up any offshore leaks.

6. What are the Panama Papers all about?

The Panama Papers contain the financial information and details of offshore accounts of many of the global elite. The files exposed how the rich use legal loopholes to avoid paying taxes and, as it was found in some cases, commit tax fraud, tax evasion, and avoiding international sanctions.

As it turns out, using a shell company to hide your assets is surprisingly easy. All you need to do is register your shell company online or by phone and pay the required fees. It's no wonder the billionaires of the world use it to their advantage.

8. Was everyone mentioned in the leak guilty of illegal activity?

A vast majority of the files leaked didn't contain any sign of illegal activity. The simple act of having an offshore account or shell corporation isn't illegal, and many of the elite use it to manage their assets. However, there are always a few bad apples that take advantage of situations like this and use them for less than ethical reasons.